<The nature of Shout communications is a few short words or less, a single word. The general mode of Shout can be a sentence of up to fifteen or twenty words.. A giant text format, letters nearly two inches tall, displays five or six letters at a time. They do a horizontal scroll, letter-by-letter, word-by-word, from the right and to the left. Each letter pauses for a fraction of a second before appearing to roll out of the window, to the left. If a letter is followed by a blank, it is assumed to be the end of a word.

Messages are expected to be short. The Shout environment does not support keying in long massages. The capacity for more than ten words is supported to facilitate spoken, dictated messages, an alternate source of input. There is a microphone icon next to the return key on the iPhone touch keyboard. When you tap it, the dictation subview appears. It is a signal: start speaking. When you do and as you speak, the view shows real-time sound waves. It also has a keyboard icon that is a button to stop the audio input and return to the iPhone keyboard. There you can tap the return key and send the input to the Shout app. The input that was spoken appears in Shout's text input area. It can be edited and corrected before hitting the return key. When the return hit is hit, the giant text Shout output starts across the screen. Needless to say, you have to hold the iPhone in a horizontal position so as to be readable.

"Shout" is a five-letter word and so is "blink". Blink is a second mode in Shout. Short messages, messages of one or two words, blink ten times, on and off. The trigger blinking the words must consist of five letters. A message with fewer words can be made to blink by extending them to five letters by adding underscores or Emoji. For example, "LET'S GO" can be entered as "LET"S GO___". The letters, which are black, are changed to the same color as the background color, a yellowish orange, so they disappear. They re-appear in half of a second. If you want to send a one or two-word message without blinking, you can tap the screen once and that stops the blinking. Tapping twice, rapidly, causes the message to blink ten more times.

Short messages of short words have always been important in human and pre-human communications. There are two new reasons why they work well with Shout today:

The Emoji scroll across the screen and blink just like letters. They can be mixed with letters in the same message.

Shout can be used in a broadcast mode to support political views. TRUMP and BIDEN are five-letter words. Add a space or an underscore and MAGA, BLM, and BYOB can be made to blink, just like five-letter words.  Rallies are noisy places. Send your message with a Shout.

Shout can be used as a one-on-one, one-way communication like in a restaurant to signal "ORDER", "CHECK" and "AGAIN", for another round. Shout gets attention and sends a message in a noisy environment. It could probably wave down a "TAXI!".

Shout has fascinating dialogue possibilities. Imagine the bar scene, a U-shaped bar where players are facing one another. Two persons or more have iPhones and engage in conversation, mainly pick-up lines. 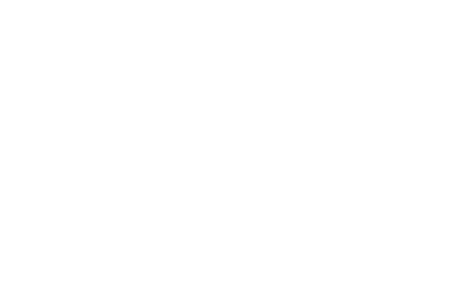