The objective of the Filipiak Number Exchange puzzle is to put the numbers in order, by exchanging one number with another in the fewest number of exchanges. The two numbers to be exchanged are selected by touching one and then the other. When a number is in its correct location it is displayed in blue instead of black. Initially, all of the numbers are in order, six rows of four numbers each, from 1 through 24. to start you tap Play and the number are randomly shuffled. One or a few may be in their correct locations. That is a bonus for the player. 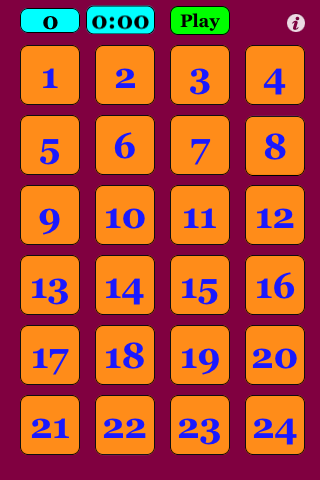 And after the shuffle... 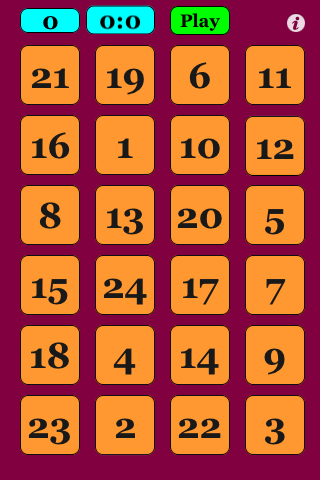 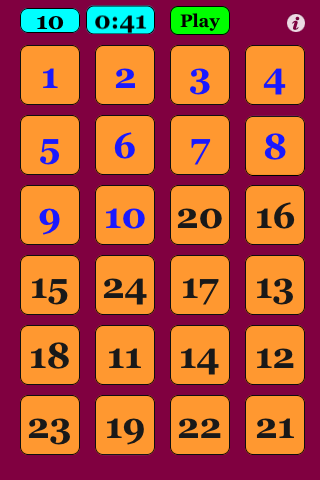 The numbers 1 through 10 are in their correct positions. After 12 more exchanges the puzzle has been solved. 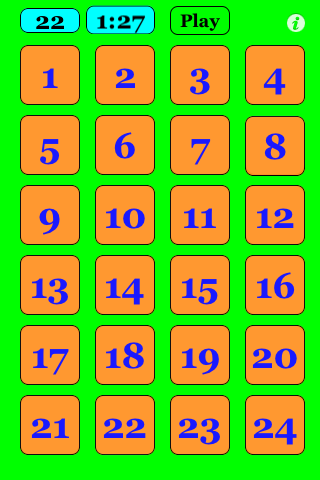 The Filipiak Number Exchange puzzle is from the book "Mathematical Puzzles And Other Brain Twisters" by Anthony S. Filipiak. It was first published in 1942.